With the opening of the Ruby, a new era in film screening is possible at Duke. The 100-seat, soundproof film theater features five built-in projectors: a Digital Cinema Projector (the modern standard), two 35mm archival film projectors, a 35mm half-frame, a 16mm archival film projector, and a digital presentation projector. The 16mm projector has variable speed settings to show early films shot at a lower frame rate. These historical projectors were refurbished exclusively for the Ruby, and are paired with a modern digital Dolby surround-sound system. 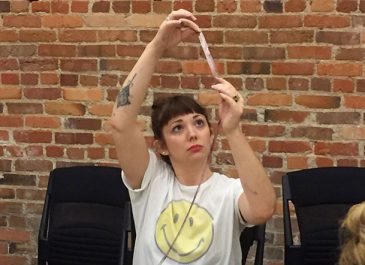