WXDU—Duke’s non-commercial, student-run radio station—has broadcast alternative programming to inform, educate, and entertain the on- and off-campus community since 1982. Because it is an educational radio station under the auspices of the Duke University Union, WXDU DJs (students, alumni, and local Durhamites) are free to program a wide variety of music and venture well beyond the commercial mainstream. Check out the weekly on-air schedule, or learn how to become involved with the station, whether as a DJ or a volunteer.

Long housed in the Bivens Building on East Campus, WXDU now has custom-designed studio space in the Ruby. It includes a soundproofed control room and main studio, an office, and a lobby with movable shelving to accommodate the thousands of cds and vinyl records transferred from the old studio, and many more to come. Direct wired connections to the Ruby Lounge performance space next door have greatly expanded the station’s ability to host live broadcasts. 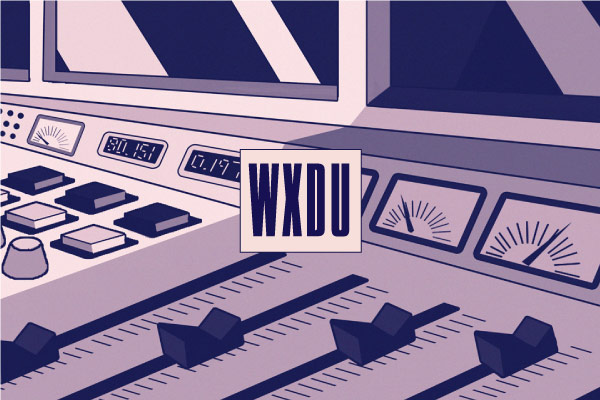