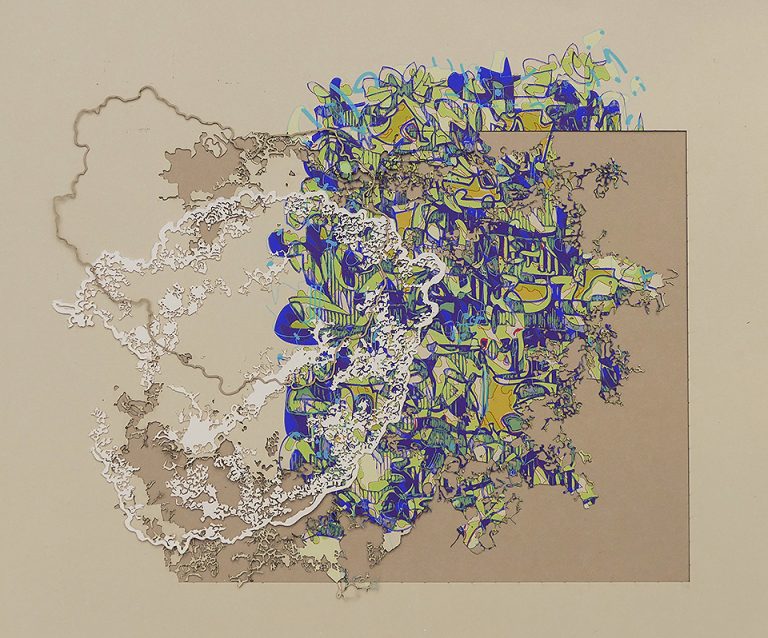 During their residency in the Ruby’s Murthy Agora, Raquel Salvatella de Prada and Merrill Shatzman will develop their Endangered Landscapes exhibition concept with the ultimate goal of raising awareness of the endangered status of Utah’s Grand-Escalante National Monument and other National Parks.

The Grand Staircase-Escalante National Monument contains a range of geological, paleontological, historical, archaeological and biological resources. The 1.9-million-acre area in southern Utah is situated in a remote area comprised of canyons, plateaus, mesas, and cliffs. President Clinton designated it as a national monument in 1996 to protect this natural treasure from the exploitation of its known biological and mineral resources (including fossil fuels).

The Trump administration plans to shrink and diminish protections for national monuments, targeting some of the nation’s most sensitive landscapes and marine preserves (including Staircase Escalante, Bears Ears and the red rock canyons in Utah). These monuments could be shrunk and opened to mining, grazing, logging and commercial development.

Inspired by the landscapes of southern Utah documented in video and photography by Salvatella and Shatzman, the final installation will combine aerial photography, drawings, and animation. By merging and obscuring the boundaries between the physical and digital worlds, a magical and dream-like moment will be created, conveying the fluidity of form, and the vastness and purity of the American landscape. The installation and videos will also convey the threat to this fragile environment through development, industry and global warming.

Salvatella de Prada is assistant professor of the practice in the Department of Art, Art History & Visual Studies at Duke University. Her interests include commercial and video art, kinetic typography, graphic design, performance, and multimedia. While residing at the Rubenstein Arts Center, she will be working on building the wooden table, using the innovation studio at the Ruby for laser cutting and testing video projections and animations.

Shatzman is professor of the practice emeritus in the Department of Art, Art History & Visual Studies at Duke University. She received her B.F.A. degree from the Rhode Island School of Design and M.A. and M.F.A. degrees from the University of Wisconsin-Madison. Her work as an abstract printmaker includes images in relief, silkscreen, lithography, bookmaking and digital media. Over the past fifteen years her prints have been exhibited in ninety solo, invitational, group and juried shows throughout the United States and internationally, including a solo exhibitions at the Johnson Museum of Art, Cornell University (April 2009), Roanoke College (2008). Shatzman’s award winning prints are found in numerous museum and corporate collections in the United States including: the Achenbach Foundation for Graphic Arts, the Brooklyn Museum of Art, the Boston Public Library, The Fogg Museum, UCLA’s Grunwald Center for the Graphic Arts, the Huntsville Museum of Art, the Mint Museum, the Museum of Fine Arts, Boston, the Museum of Fine Arts, Houston, Museum of Art, California State University Long Beach, Museum of Art, Texas Tech University, National Museum of American Art, Santa Barbara Museum of Art, and the Smithsonian Institution.