Miami-based Haitian artist Édouard Duval-Carrié is in Durham for Visionary Aponte: Art & Black Freedom, an event series paired with an art exhibit at the Power Plant Gallery (on view through mid-November).

In his work, Édouard Duval-Carrié portrays a “Marvelous Reality,” as defined by Cuban writer Alejo Carpentier in the prologue for his book, The Kingdom of this World, a story about Haiti that strongly influenced him. As a result, he enfolds into his art the fantastic world of his country—by rendering its illustrious myths and legends—in ways that clearly critique the prevailing social and political order within Haitian society.

Duval-Carrié’s art also features important aspects of Haitian history, including revolutionary heroes and other relevant figures. He references them to comment on the vital impact of Haitian history on contemporary society, including the legacy of slavery and independence and its weighted imprint on the country’s development up to the present. Duval-Carrié and his art also emphasize the neurological affects of immigration, exile and displacement on daily Haitian life, at home and abroad.

In Fall 2018, Duke University’s Power Plant Gallery and Forum for Scholars and Publics, in collaboration with a number of campus and community partners, are presenting a series of events exploring the histories and stories behind the Visionary Aponte exhibition and its timely meditations on slavery, Black incarceration, revolution, and artistic expression.

During his Rubenstein Art Center residency, Duval-Carrié and local collaborators will work side-by-side and in dialogue to create new works for the larger Visionary Aponte project. Students from various classes at Duke—including Laurent Dubois’s graduate-level Public Scholarship course, undergraduate classes dealing with Caribbean history, literature, and art, as well as students in dance and studio art classes—will be able to visit the Ruby’s painting studio and see the works-in-progress. 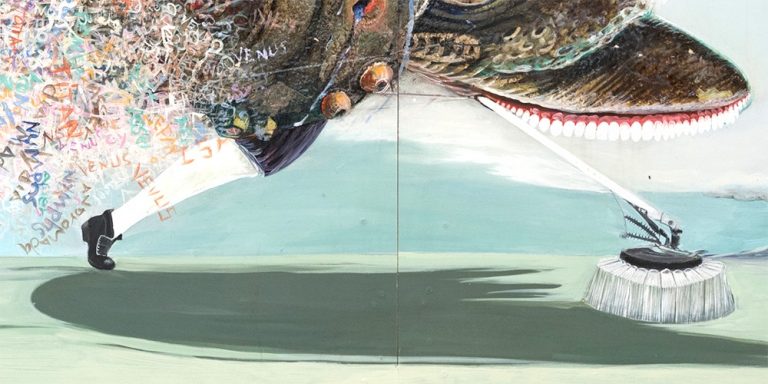 Visionary Aponte: Art & Black Freedom is a nine-week art exhibit and accompanying series of conversations, screenings, performances, residencies, and workshops at Duke University organized by the Power Plant Gallery and the Forum for Scholars and Publics. The exhibit is curated by Édouard Duval-Carrié and Ada Ferrer and is based on a digital humanities project called Digital Aponte. 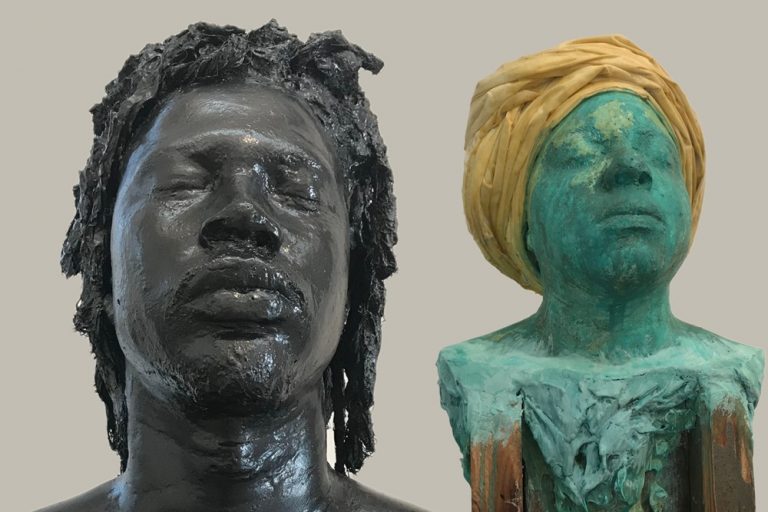 Stephen Hayes is the new Brock Family Visiting Instructor in Studio Arts in the Department of Art, Art History and Visual Studies.