Goldstein will be working on a large scale painting from the series Cicatrice (scar) to create a work inspired by aerial views of landscapes using found materials, tarps, and parchment. 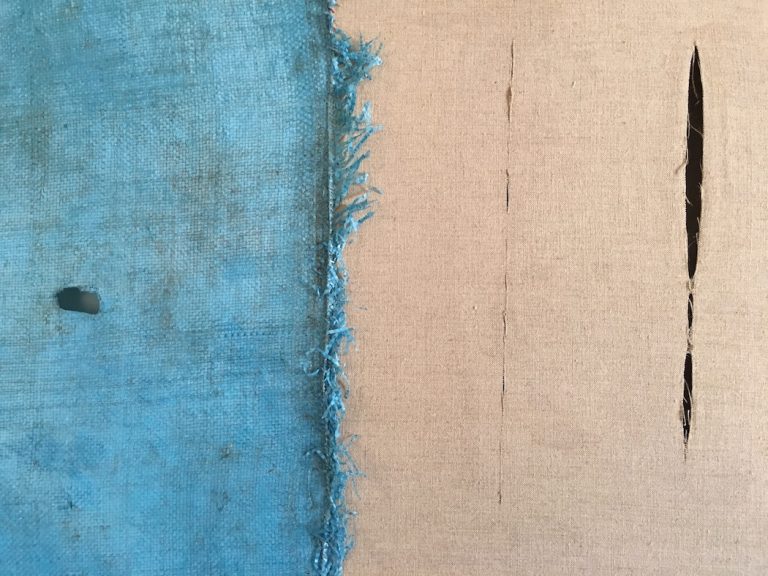 Join Brenda during her studio hours!

Hailing from Canada and living in Durham, Goldstein’s work is inspired by landscapes, the histories that are inscribed within, and the sense of the political, social, and environmental currents captured in material using the language of abstraction. During her Ruby residency, Goldstein will be developing her Cicatrice series with materials from The Scrap Exchange, leading two DukeCreate Workshops, and giving a Ruby Friday talk on October 25.

Goldstein constructs pieces for Cicatrice (scars) from scraps of seed bags, tarp, plaster bandages, fabric, deer and elk parchment, and whatever other abandoned materials she comes across. These are sewn together by hand and are mounted on stretchers to create “paintings.” The materials themselves construct meaning and dictate how Goldstein’s work comes together in relationship to her sense of the historic and current exploitation of land, living things, and people.

Brenda Goldstein received her BFA from the Ontario College of Art and Design in Toronto Ontario, Canada, and her MFA from Parsons The New School, New York, NY. Goldstein works in painting, sculpture, performance, and creating large-scale installations in film and video. She has received awards from the Canada Council for the Arts and Ontario Arts Council. Her moving image work has been exhibited in the US, Canada, Germany, Slovakia, Hungary and Romania. She produced a feature-length experimental film called You are Here (2010) that screened at film festivals in Canada, the Netherlands, Switzerland, Sweden and many other international film festivals. Goldstein was born in Montreal, Quebec, and has lived in Toronto, Berlin, and New York. She currently lives and works in Durham, NC. 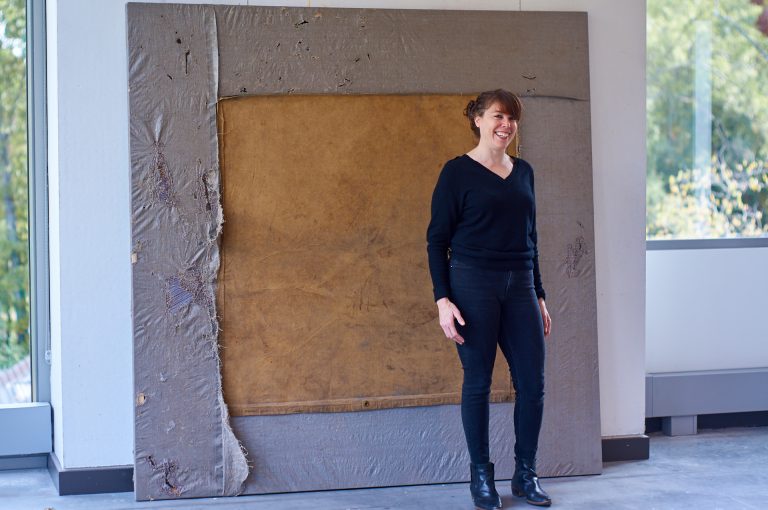 Brenda Goldstein: Landscapes and the Aesthetics of Neglect
This edited excerpt from Brenda Goldstein's Ruby Friday presentation on Oct 25, 2019, gives insight into her inspirations and her relationship to landscape painting and minimalism. 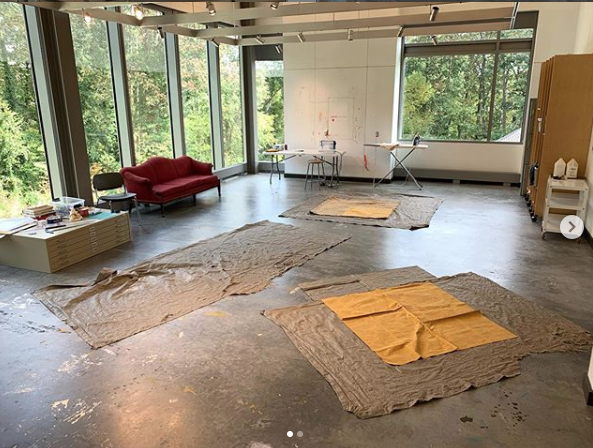 Visit the painting studio and meet an artist-in-residence Brenda Goldstein, who works in painting, sculpture, performance, and creating large-scale installations in film and video.
Open Studio 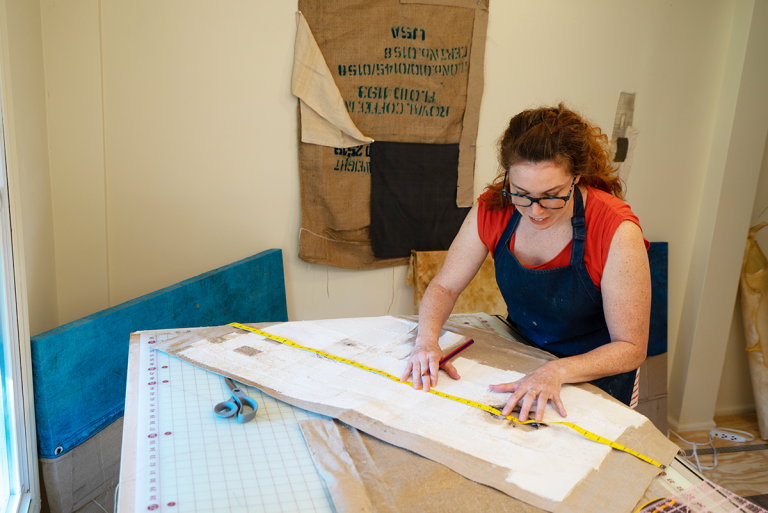 Visit the painting studio on the second floor of the Ruby to say hello to visiting artist Brenda Goldstein, learn about the series she is working on and her inspiration, and see works in progress!