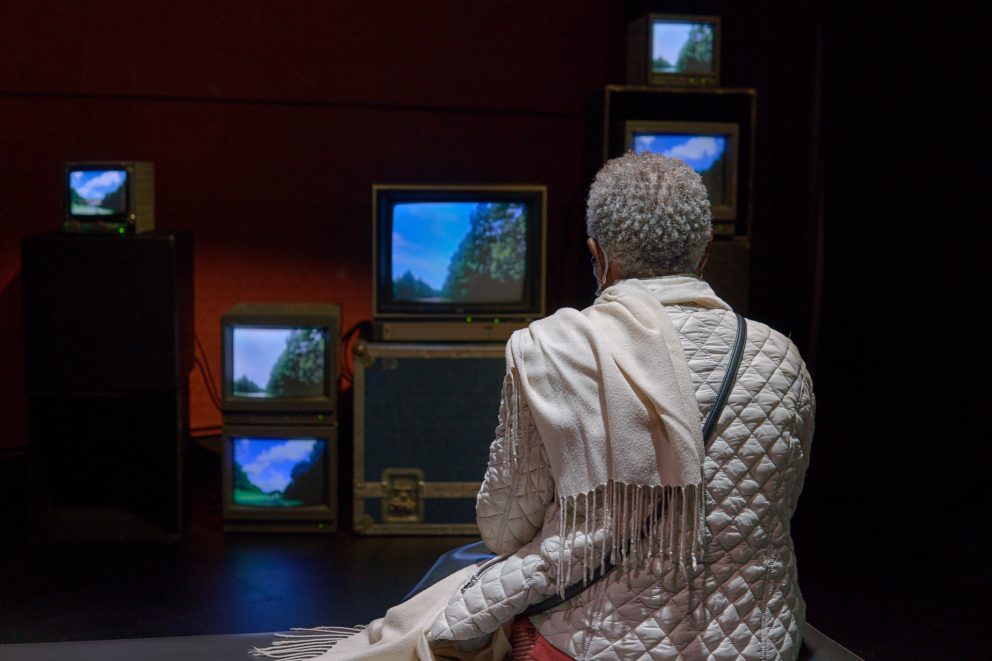 Sinewaves in the Triangle

Sinewaves in the Triangle is an immersive multimedia installation that uses technology to express the artistic mind and the creative process to illicit an emotional and physical reaction in the viewer.

Sinewaves in the Triangle is an immersive multimedia installation that uses technology to express the artistic mind and the creative process to illicit an emotional and physical reaction in the viewer. Using material from his United Arts Council Grant, composer and conceptualist Christopher Scully-Thurston joins scenographer Austin F. Powers and cinema choreographer Jennifer Scully-Thurston to use techniques drawn from technology to glimpse inside the mind and creative spirit. The intention is to attempt and execute new artistic methods.

The Rubenstein Arts Center is open to the public for select events only to minimize health risks to our community. Exhibitions are currently open for viewing during building open hours for Duke students, staff, and faculty only.

Filming in poetic areas in North Carolina and some on the road in Maine, Jennifer’s intuitive eye gave me something to perform to. The soundtracks were all created live in a noncert, or a concert for nobody. Austin then brought his considerable artistic insight and technological prowess to make an awesome encompassing expression.

But really, this could be subtitled Art for Art’s Sake, I am what my mother created. Margaret Beattie Thurston ’59, my mother, encouraged me to explore the arts and enjoy when they push the limits. She always said that TV could be a much more creative space, encouraging the Children’s Television Workshop. Then, letting me stay up late to watch Alive from Off Center and the weird late night shows on TV. She also facilitated or allowed me to see all sorts of art, hear all sorts of music, and enjoy all sorts of dance.

And, she gave me a love of North Carolina — HyMettus Woods, my musical nom de plume taken from the park in Raleigh near where she lived as a girl, is a prime example.

My parents continue to support my wife and me as we make art for art’s sake and for an audience’s enjoyment. This is my thanks.

Christopher Scully-Thurston is an audio artist, composer, performer and conceptualist. He creates and performs as HyMettus Woods. Recently, he had tracks featured in Aerial Festival’s Da-Dark Outside international broadcast and a feature in the compilation Isolation and Rejection v3, released by Front & Follow in Manchester, UK. HyMettus Woods has released three albums: Soundtracks, Bits & Bobs, and Ambs & Weights; including more tracks from Da-Dark Outside broadcasts in the UK.

Additional scores include Jennifer Scully-Thurston’s “After the Reign,” which received Best Performance Art laurels from the prestigious Avalonia Festival. The sci-fi dance film “Seuls Ensemble (Alone Together)” was selected for American Dance Festival’s Movies by Movers. And “After the Reign – Confusion” was featured in Depict Film Festival 2019 in Bristol, UK. Currently they are working on her film “The Quiet Contrivance.” Christopher Scully-Thurston is pleased to be employed by Duke in Venue and Production Management.

Austin F. Powers ’15 is a scenographer. Without his friendship, expertise, and help, “Sinewaves in the Triangle” would not have happened like it has. He is also employed by Duke in Venue and Production Management.

Jennifer Scully-Thurston is a Dance Film choreographer and cinematographer. She created the FilmFest by Rogue Dancer in 2019. Her imagination has captured the images that the music reacts to.

Christopher Scully-Thurston's No Conflick at the RAC is an audio triptych collage made only from sounds collected during evenings at the Rubenstein Arts Center, where Scully-Thurston works as a senior technician of venue and production management. 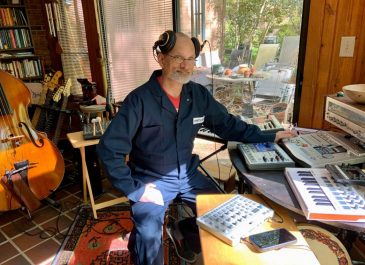