Dust of the Zulu

The Dust of the Zulu installation in the Rubenstein Arts Center invites visitors to step inside the visuals and sounds at the heart of this critically-acclaimed book published by Duke professor of music and cultural anthropology Louise Meintjes.

Dust of the Zulu: Ngoma Aesthetics after Apartheid (Duke University Press, 2017) is the fruit of twenty-five years of ethnomusicological fieldwork on a tradition of Zulu men’s singing and dancing called ngoma. A competitive form of music and dance rooted in the twentieth-century system of southern African migrant labor, ngoma in South Africa is a public spectacle associated with homecoming times in the rural province KwaZulu-Natal and Sunday afternoons at men’s hostels in the cities.

Dozens of photos from the South African photojournalist TJ Lemon enrich Dust of the Zulu, allowing readers vivid glimpses of the performers’ energy and interrelationships. For this installation, TJ Lemon’s work is pulled off the page and brought to life. Photographs and videos incorporating layering, texture, movement, and juxtaposition—principles of ngoma aesthetics— illuminate the art form in its social and aesthetic complexity. Sound will surround visitors, making them feel they stepped into a ngomacommunity performance.

Meintjes and Lemon documented ngoma in the years 1990–2015, a period that encompasses the end of apartheid, the peak of South Africa’s HIV/AIDS epidemic amid continuing violence, and the waning of interest in South African music following its global success in the 1980s. These dynamics crucially impacted a style of performance that celebrates bravado in the body and the voice. Dust of the Zulu was awarded both the 2018 Gregory Bateson prize from the Society of Cultural Anthropology and the Society for Ethnomusicology’s Alan P. Merriam prize.

News
A Sonic Environment Like No Other: Dust of the Zulu

Discover how Louise Meintjes collaborated with South African photographer TJ Lemon, together with local artists and Duke graduate students including Jonathan Henderson, to transform her scholarly book into this intimate and complex exhibition at the Ruby. 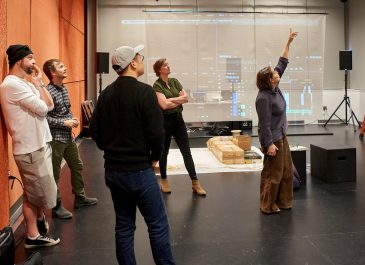