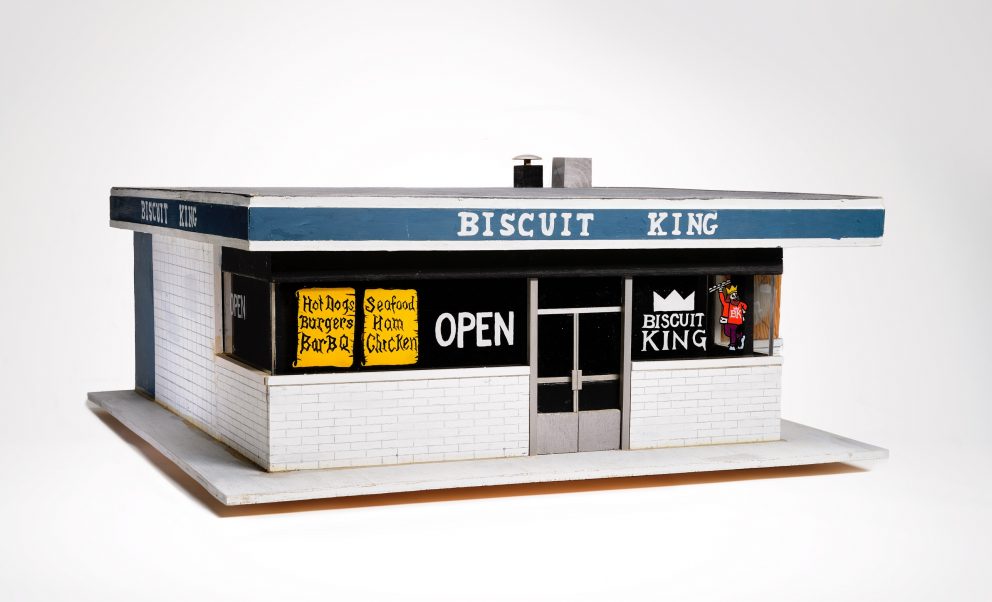 Bill Thelen's installation for the Ruby's grand opening will expand—quite literally!—on his memento of the Biscuit King, an old Durham landmark.

For his arts project residency, Raleigh artist Bill Thelen will return to the theme of an earlier piece of his. Biscuit King, made in collaboration with Jerstin Crosby in 2007, is a tabletop-sized model immortalizing an establishment that once flourished a few blocks from East Campus—“the only breakfast joint on Ninth Street where you were likely to encounter a moustache,” according to an Indy Week piece marking its demise in 2004.

Thelen’s creation for the Ruby’s grand opening, Biscuit Station, will be large enough for visitors to walk in and order a “biscuit” (ingestion not recommended).Visitors will receive a small lino print based on Thelen’s drawings. Biscuit Station “workers” (aka students) will take your order and print custom-order fillings such as egg, sausage, cheese, etc. The prints, rolled out right in front of you, are interchangeable and can be stacked to meet every order. Double egg, pimento cheese, fried chicken patty?” No problem!

The installation will also feature posters, banners, drawings, and screen prints around the theme of southern culture and southern cooking. Thelen will use supplies from Durham’s Scrap Exchange—diverted from area landfills—to create this work.

Thelen and Crosby’s original Biscuit King was featured in the Nasher Museum’s 2016 show Southern Accent: Seeking the American South in Contemporary Art). Thelen will use his time in the Ruby’s painting studio to put finishing touches on another model in the series, as well—Biscuit Kitchen (Fayetteville). Jerstin Crosby continues as collaborator in this work.

Shots of Bill Thelen at work and the final Biscuit Kitchen.

Bill Thelen is an artist, curator, and educator based in Raleigh. He is a highly collaborative creator whose works are a mix of drawing, painting, sculpture, and video. His work has been featured in two Nasher Museum exhibitions, Southern Accents and Area 919.  He is founder and director of the gallery and collective Lump, in Raleigh, and holds a BFA from University of Wisconsin and MFA from University of North Carolina-Chapel Hill. 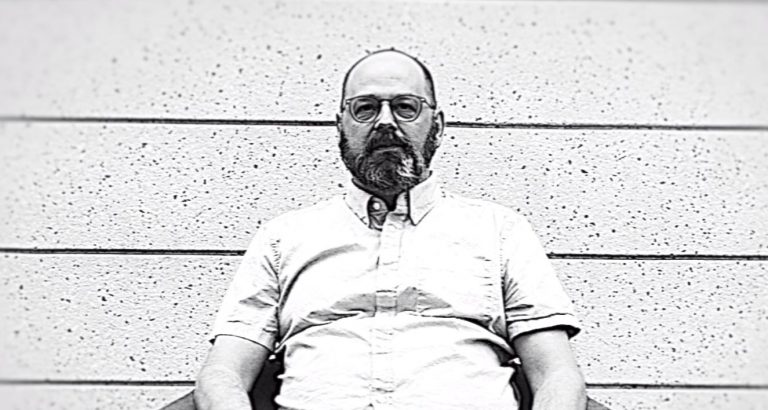 Bill Thelen interview on the Nasher Museum blog
Bill Thelen, who lives and works in Raleigh, never really meant to show his sketches as stand-alone works of art—at first. He has made drawings since he could pick up a pencil, but not until graduate school did he notice that other people responded to them as works of art.