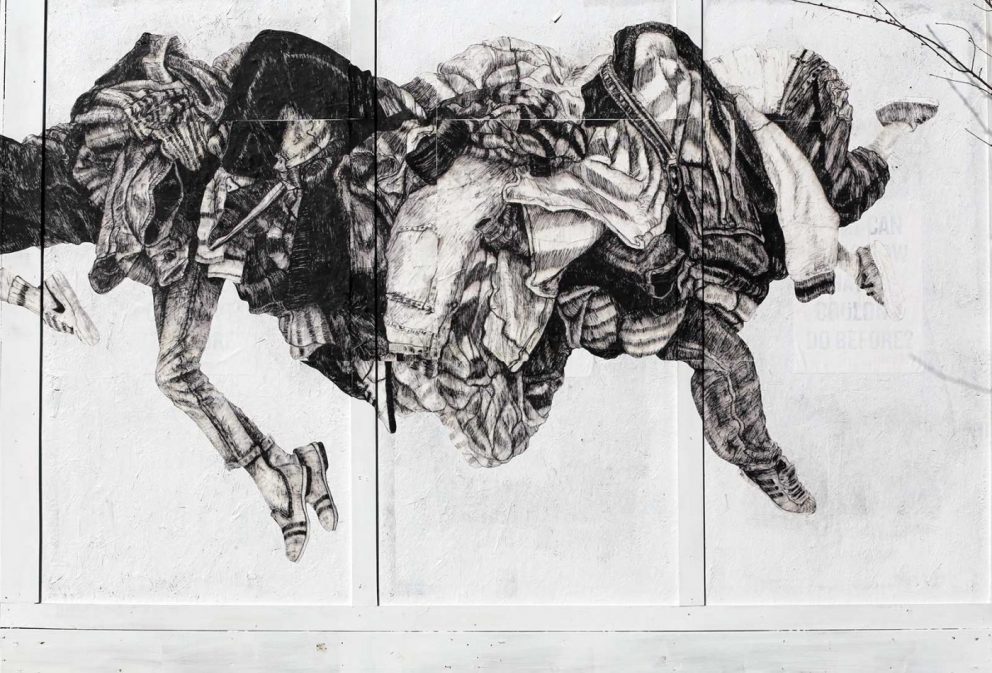 Antoine Williams used the Rubix as canvas for his work “Othered Suns,” a wheat paste and sound installation. Williams is a mixed-media artist and educator who uses art to explore his cultural identity.

Othered Suns deals with the themes of migration and the body. Historian Robin D. G. Kelley writes in his book Freedom Dreams: The Black Radical Imagination that “the history of Black people has been the history of movement—real and imagined.” This piece explores the physical, emotional, psychological, and temporal landscapes Black bodies have had to continuously traverse in order to find spaces of freedom. Pulling from the ideas of afropessimism and monster theory, Black bodies find themselves in a perpetual migration in Othered Suns.

The audio collage (14:34 mins) is a loose narrative of unending relocation. It chronicles the literal movement of bodies arriving on US shores during the transatlantic slave trade, to the mass exodus of Black people from the Jim Crow South during the Great Migration, to the precarious nature of day-to-day movement through public space. Othered Suns also references social movement through economic and educational institutions under the American caste system and the Black imagination searching and finding new worlds. Found sound effects are mixed with dialogue from Isabel Wilkerson’s The Warmth of Other Suns (from which the piece derives its title), No Longer Human by Osamu Dazai, and “The Black Fusionist Society Manifesto,” written by the artist.

The wheat paste installation consist of legs jutting out from an entanglement of clothing and fabric. Clothing references the ubiquity of white supremacy. The massive entanglement of fabric has become a major impediment to movement and access—rendering this act of migration in a form of stasis. 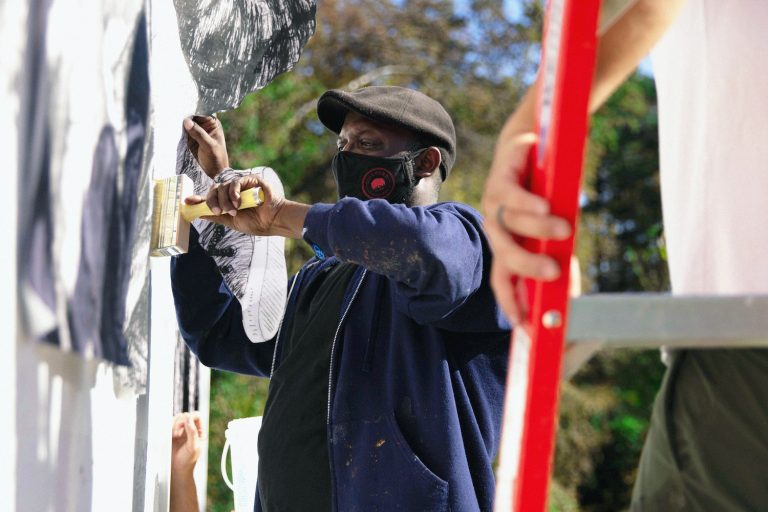 Constant Black Migration: Antoine Williams’s “Othered Suns”
In a December 2020 interview with Veronica Niamba '20, Antoine Williams touches on pop culture, his artistic process, and what inspires him. “I’m okay with not everybody getting every single aspect of my art,” Williams said. “I think the audience needs to do a little bit of investigative work with a piece.”

Heavily influenced by science fiction and his rural working-class upbringing in Red Springs, NC, Antoine Williams has created his own mythology about the complexities of contemporary Black life. Williams received his BFA from UNC Charlotte, his MFA from UNC Chapel Hill, and is currently an assistant professor of art at Guilford College.