“Voices of the Rainforest: A Day in the Life of Bosavi,” with Director Steven Feld

A seventy-minute, 4K image and 7.1 surround sound documentary about the ecological and aesthetic coevolution of Papua New Guinea’s Bosavi rainforest region and its inhabitants. Ethnomusicologist Steven Feld, the film’s producer and director, will be present for a discussion. 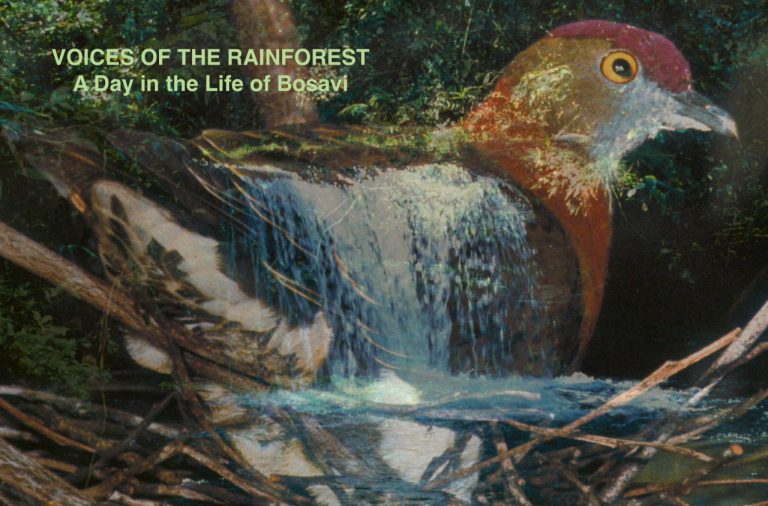 Voices of the Rainforest is a seventy-minute, 4K image and 7.1 surround sound documentary about the ecological and aesthetic coevolution of Papua New Guinea’s Bosavi rainforest region and its inhabitants. It is produced and directed by Steven Feld, who first began regular research visits to Bosavi in 1976 and is the author of Sound and Sentiment.

Voices was originally a 1991 CD release produced by Grateful Dead drummer Mickey Hart for his Rykodisc series The World. The recording condenses twenty-four hours of sounds of the rainforest and the Bosavi people into an hour. It makes audible myriad connections between the everyday sounds of the rainforest biosphere and the creative practices of singing to, with, and about it by the Bosavi people. As a work of advocacy for environmental and cultural sustainability, the CD royalties have benefitted the Bosavi Peoples Fund, which aides the educational, legal, medical, and social needs of the Bosavi community.

In 2016 Feld digitized the original analog audio tapes long held in Mickey Hart’s archive, and recomposed an expanded Voices as a 7.1 cinema surround sound concert for the recording’s 25th anniversary. The work was done at George Lucas’s Skywalker Sound, in collaboration with Academy Award nominated sound editor Dennis Leonard. Performances were held in major music halls and auditoria in the USA, Australia, and Europe in 2017.

The success of the immersive soundtrack led to funding efforts to digitize Feld’s archive of Bosavi images, and to send Feld and filmmaker Jeremiah Richards to Bosavi for two months in summer 2018 with high-resolution cameras and drones to renew the project locally. During the trip Bosavi people suggested the film be in two parts, the first a visualization of the 7.1 surround Voices of the Rainforest concert, the second an update about the state of the forest and the problems of development in what remains a remote and underserved region of Papua New Guinea. Feld and Richards will return to Bosavi at the close of 2019 to show the concert film, and to complete the companion documentary, New Voices of the Rainforest, for 2020.