The Visible Spectrum—”Madeline Anderson: I Am Somebody”

Grounded in the trailblazing works of Madeline Anderson, these films span over a half-century of cultural production by black women. Visible Spectrum series curators Chi-hui Yang and Jon-Sesrie Goff will be on hand for a Q&A. 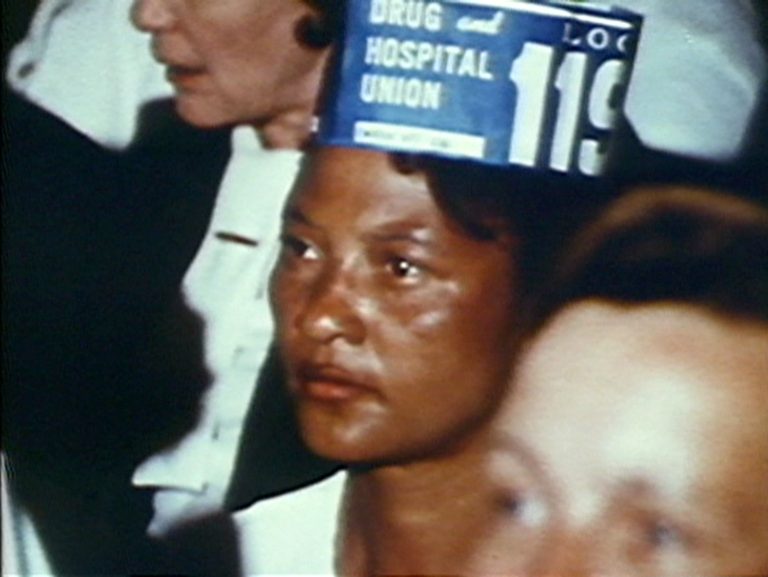 The first of five programs in the series Experimental and Documentary Cinema: The Visible Spectrum

Grounded in the trailblazing works of Madeline Anderson, this program spans over a half-century of cultural production by black women. Anderson’s use of the news library archive combined with pointed filmed footage creates expansive narratives to document integration efforts in the American North and South during the late 1950s in Integration Report One and focuses her lens on the unionization efforts and subsequent strike of hospital workers in Charleston, SC who must address both racism and sexism in the workplace in I Am Somebody.

Ecstatic Experience by Ja’Tovia Gary echoes the themes presented in Anderson’s work with a found footage collage that incorporates analog film and video that flickers with allusions to historic and contemporary notions of freedom for the oppressed guided by her hand-painted, scratched frames, and digital manipulations. Nestled, chronologically, between these works lies Howardena Pindell’s Free, White, and 21 that the limitations of 1970s era feminism to include the voices of women of color and Ayo Akingbade’s Tower XYZ. Pindell turns the camera on herself to recount experiences of discrimination while Akingbade points her 16mm camera at her community to explore an imagined future for young women in the city of London, with the refrain “Let’s get rid of the ghetto…” Beyond the gaze, all these works are differentiated through the craftsmanship and techniques employed by each filmmaker.

Q&A with series curators Chi-hui Yang and Jon-Sesrie Goff will follow the screening.

Read more about Experimental and Documentary Cinema: The Visible Spectrum