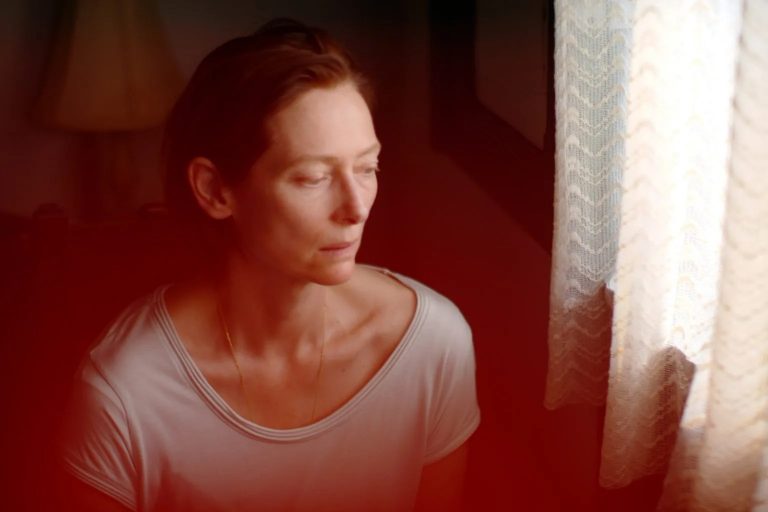 Free ticket registration now available at the Duke Box Office! We recommend you reserve your seat in advance.

Director Apichatpong Weerasethakul’s latest film, Memoria, will avowedly never have a small-screen release; the only way to experience it is in the communal darkness of a movie theater. These three special screenings will mark the Triangle-area premiere of the film as it continues on its year-long (never-ending?) tour. Winner of the jury prize at the 2021 Cannes Film Festival, Memoria represents a departure from the director’s celebrated Thai productions. It’s his first international feature (shot in Colombia) and his first with a Western celebrity in the lead (Tilda Swinton, bringing a razor-sharp focus to her performance). Swinton plays Jessica, a Scottish botanist visiting her hospitalized sister in Colombia. Her journey begins with a literal bang – an unsettlingly bass-heavy and percussive throb of uncertain origins – and her quest to come to grips with this recurrent hallucination leads her through doctors’ offices, audio engineering studios, and subterranean archaeological digs. As the film patiently expands its intimations to include repressed political histories and latent folklores, the soundtrack grows denser too: building towards an audio-visual revelation that transforms the seemingly-private experiences of grief, trauma, and memory into something collective and transporting.

“When we say a film is kinetic, we are usually describing the effect of its images on the viewer. The kineticism of Apichatpong Weerasethakul’s MEMORIA is auditory. So overwhelming is its impact that it would be ridiculous to say we watched or saw this movie. No: We listened to it, and the listening was accompanied by seeing.” —Amy Taubin, Artforum