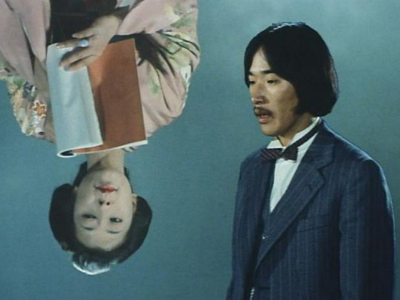 “May well be Suzuki’s finest achievement outside the constraints of genre filmmaking.” – Tony Rayns

In this hallucinatory adaptation of work by the Taisho-era writer Kyoka Izumi, a mysterious woman named Shinako invites Matsuzaki, a playwright, to the city of Kanazawa for a romantic rendezvous. While Matsuzaki is on his way, his patron Tamawaki appears on the train, claiming to be en route to witness a love suicide between a married woman and her lover. Matsuzaki suspects that Shinako is Tamawaki’s wife, and the trip to Kanazawa may spell his doom. Reality, fantasy, life, and the afterlife blend together in Kagero-za – most spectacularly during the grand finale, in which Matsuzaki finds his life morphing into a deranged theatrical extravaganza. Rare 35mm print.

“Kagero-za is a mind-bender from its opening images” – Slant

Sponsored by Duke Cinematic Arts and the Asian/Pacific Studies Institute. Made possible by support from The Japan Foundation New York. 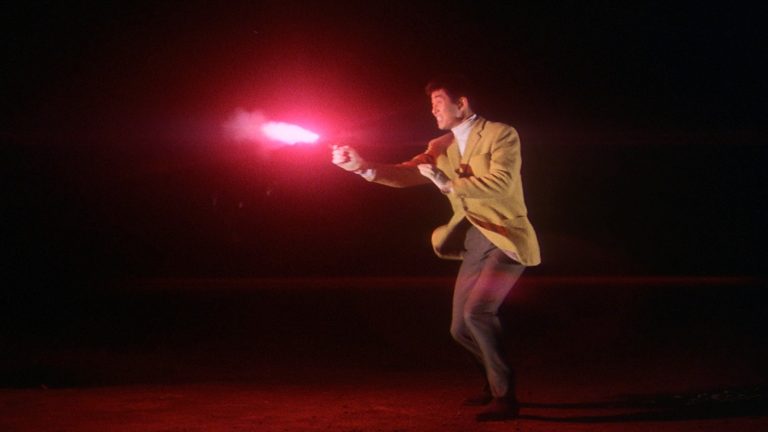 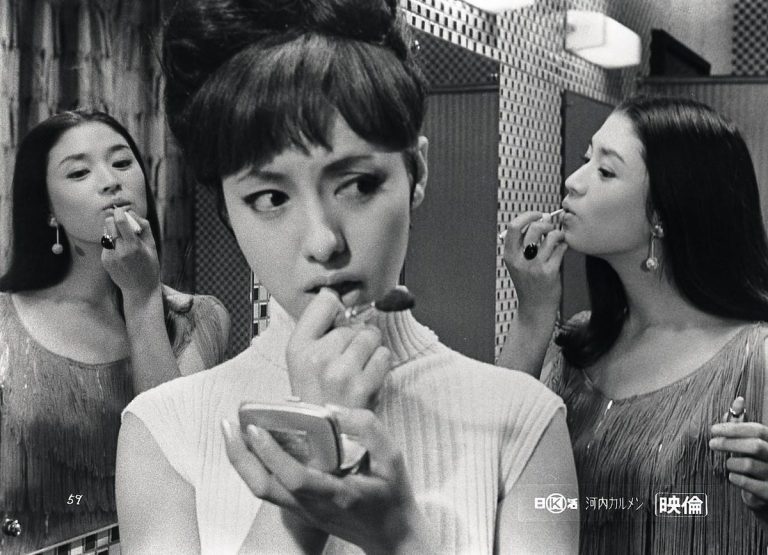