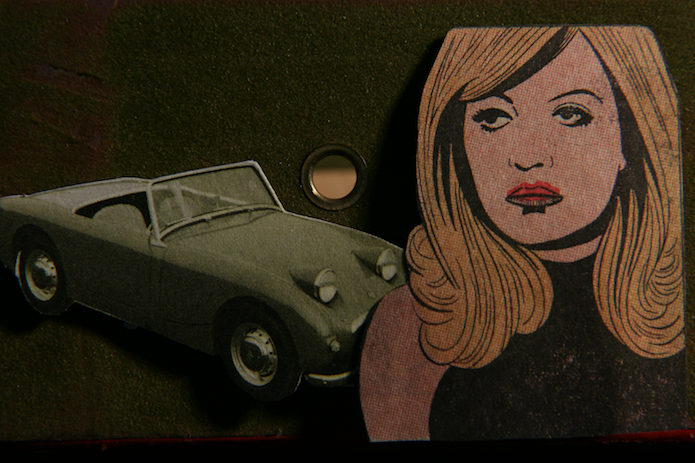 Total program running time: 1hr. 26m
“Above all, Klahr’s great subject is time, which certainly explains the exquisitely melancholy tone that pervades his work. He traffics in modes that are pitched just beyond the realm of reason. Somewhere between waking and sleeping, we can find that wavelength and achieve understanding– only to have it slip away as we enter one state or the other. Klahr’s films and videos provide a rare opportunity for us to engage with a liminal state of consciousness with our alert mind and to reach those “infrathin” moments that Proust describes as existing outside of time.” —Chris Stults, Assistant Curator Film/Video, Wexner Center for the Arts from “Collective Unconscious”, an article in Film Comment, May/June 2010.
About the filmmaker:

Lewis Klahr is a Los Angeles based collage artist who uses found images and sound to explore the intersection of memory and history.  He is primarily known for his uniquely idiosyncratic films, which he began creating in 1977 and has screened extensively in the U.S., Europe and Asia.  Lewis Klahr teaches in the Theater School of the California Institute of the Arts and is represented by The Anthony Reynolds Gallery, London.

Lewis Klahr is currently at work on a new feature length series of collage films titled Circumstantial Pleasures and has recently completed Porcelain Gods a retelling of Jean Luc Godard’s 1963 film Contempt as a collage novel. 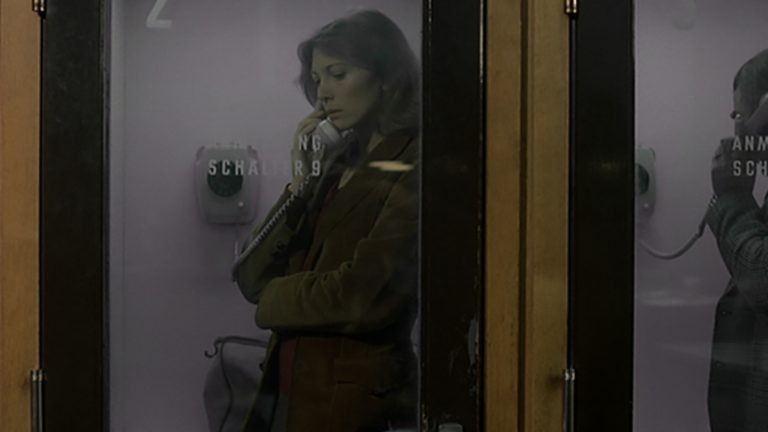 In one of Akerman’s most penetrating character studies, Anna, an accomplished filmmaker, makes her way through a series of European cities to promote her latest movie. Via a succession of eerie, exquisitely shot, brief encounters— we come to see her emotional and physical detachment from the world.