Four evenings of film by Nathaniel Dorsky concludes with the world premiere of "Garden of Light," photographed at the San Francisco Arboretum in 2017. 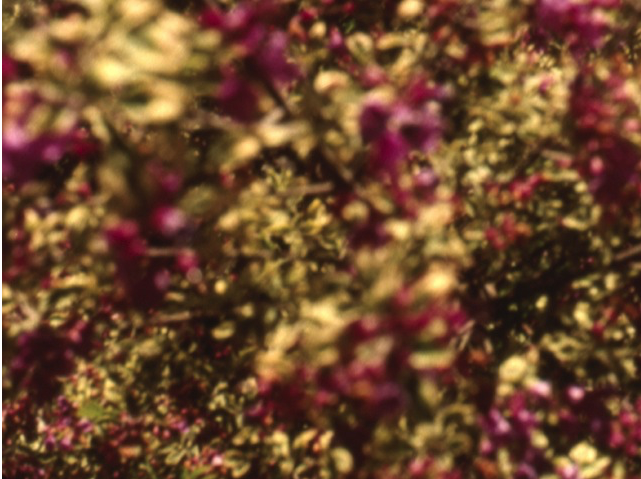 World premiere of the entire “Garden of Light” film cycle:

Coda
(2017, 16 min.)
Coda is an afterword to Elohim and Abaton, the first shades of death and knowing.

Ode
(2017, 20 min.)
Ode is the fourth section of the cycle… there is now the presence of death and dying as the dry summer begins.

Monody
(2017, 16 min.)
World Premiere:  A monody is an ode sung by a single actor in a Greek tragedy, a poem lamenting a person’s death. In this case, the sixth section of this Arboretum cycle, the death of the garden itself.

Epilogue
(2017, 15 min.)
UPDATE: 19th film just added! World Premiere: Epilogue is the seventh and final film in the Garden of Light arboretum cycle, a descent into the dark damp earth, a period of dying.

Top image: Still from Abaton. Images and descriptions courtesy of the artist.