Skip to main content
The Ruby is a catalyst for creativity and a home for making art at Duke.
Artist Talk

Join Durham-born artist John Felix Arnold III as he discusses his work-in-progress in the Ruby, growing up in Durham, and gives us a preview of his upcoming exhibition in Raleigh. 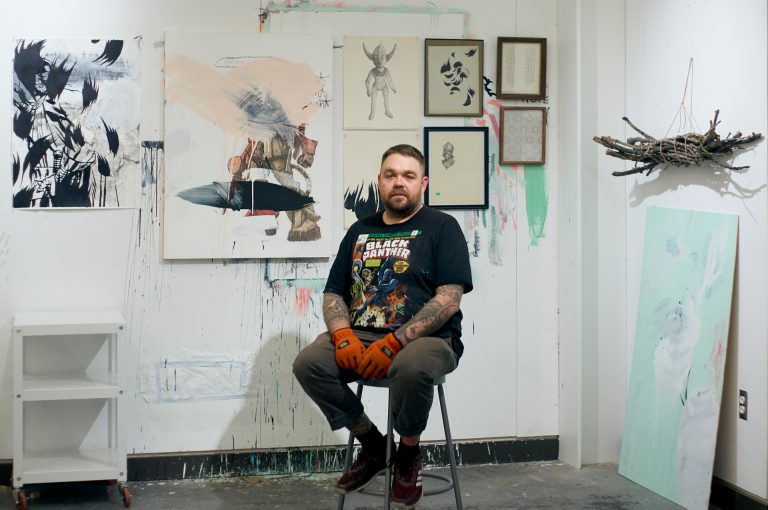 Join us for this special lunchtime conversation series that takes the spirit of Arts & Context and Ruby Friday programs onto Zoom!

In Conversation continues with NYC-based artist John Felix Arnold III, the last resident artist in the Rubenstein Arts Center painting studio before the pandemic. Wanting to bring art to the entrance area by WXDU, Bill Fick, the Ruby’s assistant director for visual and studio arts, asked Arnold to create an installation involving Duke drawing students in the process. For Arnold, who was born and raised in Durham, the project became a meditation on his hometown intensified by his mother’s health crisis—until the work was cut short by everybody’s health crisis. Join Arnold to learn about this work-in-progress, growing up in Durham, his career pathway, and his upcoming exhibition at Anchorlight in Raleigh (Mar 2021).

John Felix Arnold III was born in Durham, NC. He received a BFA from Pratt Institute in 2002. He has exhibited with SFMOMA, B.R.I.C. Arts, The Luggage Store, Aggregate Space, FFDG, Joseph Gross Gallery, and Tokyo’s Spes-Lab Experimental Art Space. He is a Los Angeles Department of Cultural Affairs Grant Awardee, two time Joan Mitchell Foundation Grant Nominee, represented by the SFMOMA Artists Gallery, and can be found in Takashi Murakami’s private collection. He has worked extensively with Hirokazu Kosaka at the Japanese American Creative Cultural Center in Los Angeles, CA. He is featured in Aggregate Space Gallery’s First 50 Retrospective Art Book, and his work has been covered by press outlets such as The San Francisco Chronicle‘s “96 Hours,” Juxtapoz, Hi-Fructose, and Common Magazine (JP). 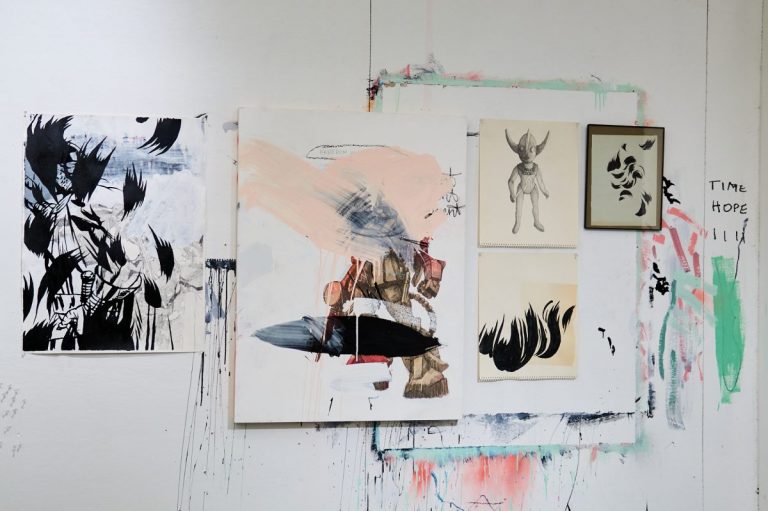 Bits and Pieces of Durham, and Life, as Art
Before the pandemic shut everything down, visiting artist John Felix Arnold III was working with students to create a conceptual portrait of Durham—his hometown—in the Ruby.

Before life moved onto virtual platforms like Zoom, Duke Arts and Duke Performances hosted casual artist talks in Duke’s Rubenstein Arts Center and in a variety of Durham community venues like the Pinhook and Cocoa Cinnamon. We miss these opportunities to connect with our audiences and artists, and we hope you’ll join us for this new venture.