On the eve of their performance of Revolutionary aka the Civil Rights Project, GRAMMY-nominated wind quintet Imani Winds discusses their history, current projects, and two-year residency at Duke. 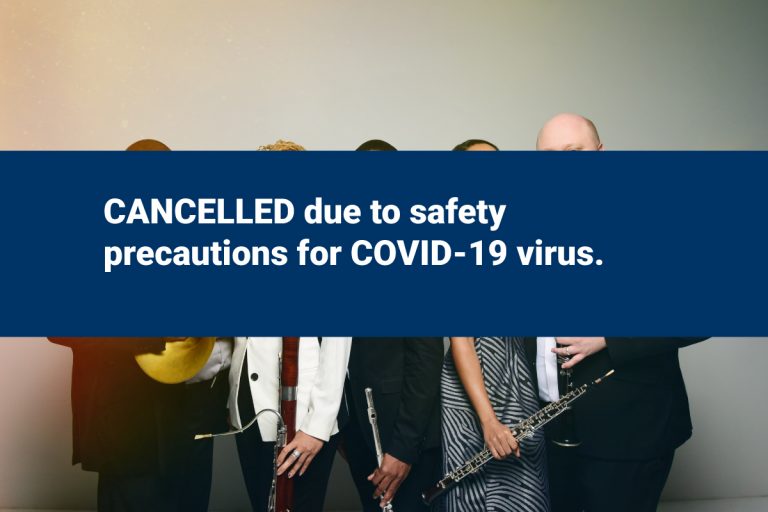 Drop by the Ruby on Fridays at noon for a casual art talk and free lunch to learn about the behind-the-scenes aspect of the creative process, careers in the arts, and more.

In order to minimize health and safety risks from COVID-19 to our patrons, the larger community, and Duke students, faculty, and staff, Duke University has adopted new policies on spring semester classes, residential life, travel, events, and campus visitors. In keeping with the university’s directives, we are cancelling public events at the Rubenstein Arts Center through April 20. More information.

GRAMMY-nominated wind quintet Imani Winds, renowned for its virtuosity and commissioning of bold new works by composers of color, sits down with Duke professor Tsitsi Jaji to discuss the ensemble’s history, current projects, and two-year residency at Duke.

GRAMMY-nominated quintet Imani Winds has been a distinct presence in the classical music world for more than twenty years. Through a wide range of programming designed to expand the wind quintet repertoire, the ensemble actively seeks to engage new voices into the modern classical idiom. In the US, Imani Winds has performed at major concert venues including Carnegie Hall, Lincoln Center, the Kennedy Center, Disney Hall and the Kimmel Center. Coming to prominence at the 2001 CAG Competition, Imani Winds was selected as the first-ever Educational Residency Ensemble, in recognition of not only their musical abilities but their connection with audiences of all ages. In 2016, Imani Winds received their greatest accolade to date: they are on permanent display in the classical music section of the Smithsonian’s National Museum of African American History and Culture.

The Imani Winds residency is made possible, in part, with support from the Department of Music & the Office of the Vice Provost for the Arts—Duke Arts at Duke University.

The Duke Performances Arts & Context series is co-sponsored by the Forum for Scholars and Publics at Duke University, The Pinhook, North Star, and Pie Pushers.