The Rise and Fall of Liberty

This new film tracks the fate of an iconic tobacco auction house in Durham and explores the tension between the drive for progress and the character of the city. A Q&A with director Carol Thomson and editor Jim Haverkamp will follow the screening.

An AMI Showcase presented by Screen/Society

When developers in Durham, NC, demolish an iconic tobacco auction house in the name of revitalization, they not only displace a community of artists, they also threaten the soul of the community. The documentary film, The Rise and Fall of Liberty, examines the ebb and flow of Liberty Warehouse’s 80-year lifespan, draws parallels with the evolution of downtown Durham, and reveals the often touching, interdependent relationship between the two. It also raises key questions about the tension between the drive for progress and the character of the city.

Director Carol Thomson and editor Jim Haverkamp (AMI faculty) will be on hand for a Q&A after the screening.

Carol Thomson is an independent multimedia documentary producer and a web developer based in downtown Durham. She is the recipient of the Ella Fountain Pratt Emerging Artists Award for her interactive documentary, Bridging Rails to Trails: Stories of the American Tobacco Trail. She received a Gracie Award for American Women in Radio and Television for the short video, HAND – Health Arts Network at Duke. Carol is also a former instructor at The Center for Documentary Studies at Duke University.

Jim Haverkamp is an award-winning filmmaker and editor based in Durham. He has worked as an editor on several feature documentaries, including SenCinema, Rarefied, Dancing with the Goddess, and Monster Road. His filmmaking credits include the short films It Had Wings, When Walt Whitman Was a Little Girl, and Hot Dog Man: A Case Study. Jim teaches courses in editing and moving image practice for Duke University’s Program in the Arts of the Moving Image and short form video production at The Center for Documentary Studies at Duke. 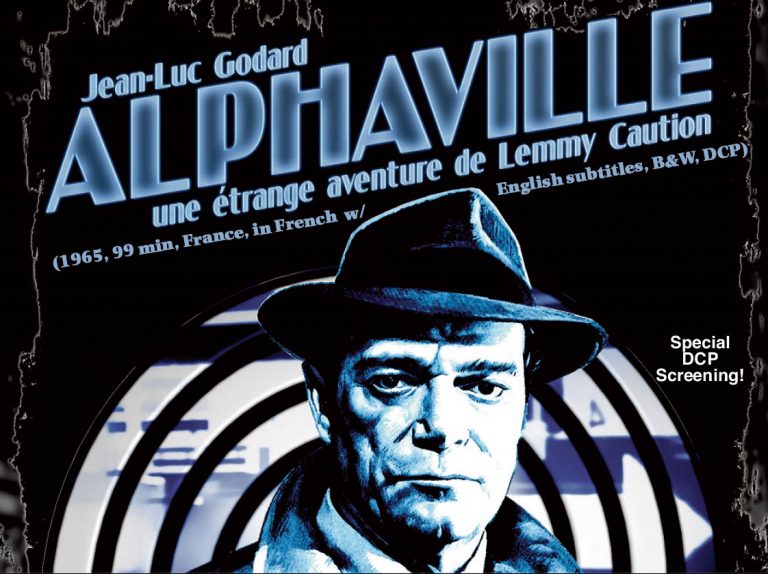 In Alphaville, Jean-Luc Godard fuses a hardboiled detective story with science fiction. “Both derivative and prophetic, this New Wave dystopian fable both looks back at the history of cinema and forward to its future" (James Verniere, Boston Globe). Introduced by AMI faculty Alex Cunningham & Hank Okazaki.
Screening

In the futuristic year of 2019, Los Angeles has become a dark and depressing metropolis, filled with urban decay. As Rick Deckard, a "Blade Runner," tracks down and eliminates android "replicants" he's forced to question what's human and what's not. "Perhaps the only science-fiction film that can be called transcendental" (Entertainment Weekly).