Hayes, a Durham native currently teaching sculpture at Duke, will talk about his journey as an artist and his work, including his touring memorial to African lives consumed by the Atlantic slave trade. 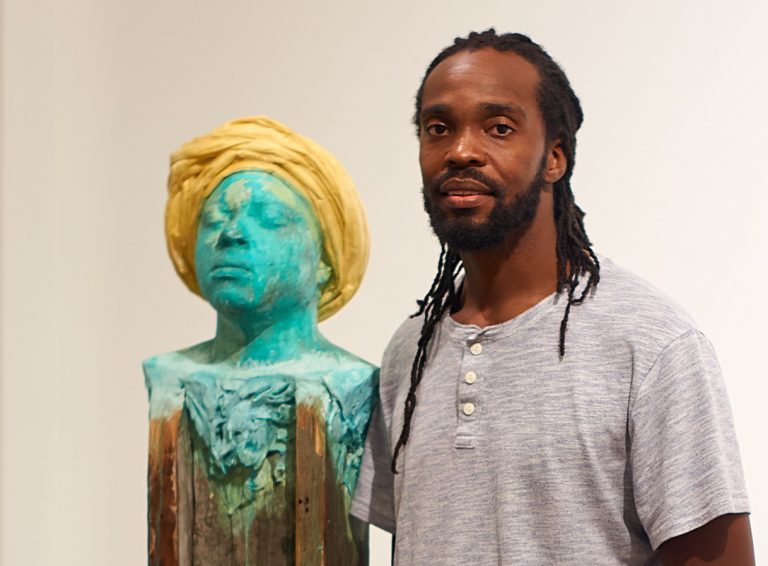 Award-winning sculptor Stephen Hayes will talk about his journey as an artist and his exhibit Cash Crop—a set of 15 life-sized concrete figures, bound and shackled, that represent the 15 million African lives consumed by the Atlantic slave trade. Originally his MFA thesis exhibition at Savannah College of Art and Design, Cash Crop continues to tour, with Hayes adding new elements at each stop.

Born and raised in Durham, Hayes is currently the Brock Family Visiting Instructor in Studio Arts in Duke’s Art, Art History, and Visual Studies Department. Stephen Hayes: Selected Works—an exhibit of his wall reliefs, mixed media sculpture and woodcuts—was on display in the Ruby at the beginning of the fall semester. A new version of his ongoing project, Voices of Future Past, will be shown at the Contemporary Art Museum in Raleigh in the spring of 2019.

Cash Crop and Other Work 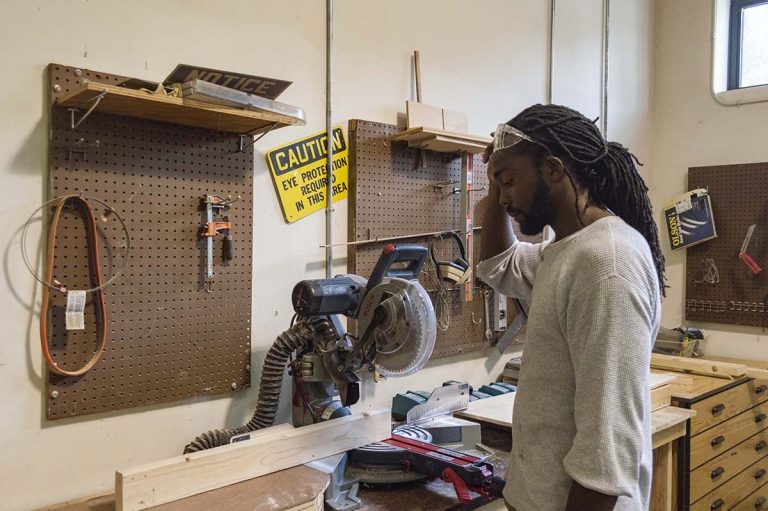 People of Duke Arts: Stephen Hayes
In an interview by Duke student Ilona Stanback, Hayes talks about his creative roots—how he tried to wow his mom, why he prefers to be called a creator rather than an artist, how he gives young Black kids a platform to voice their experiences, and much more.

Stephen Hayes was born in North Carolina and raised to the idea that anything is possible. His artistic interests and skills were formed in childhood, when his mother, Lender, gave him a full size workbench and encouraged him to get creative with old mechanical parts she brought home from work.

Hayes’s current work fuses the past and the present. The common thread is capitalism, the commodification of human beings, and the subsequent brainwashing effects. Recurring imagery creates a thread between individual pieces in his repertoire and lets him speak directly to larger societal issues that are rooted in the racial structuring of society.

Hayes earned his BFA in Visual Communication from North Carolina Central University in 2006. Following summer studies at New York State College of Ceramics at Alfred University, he entered the MFA program at Savannah College of Art and Design, receiving his degree in May, 2010.